March 12, 2018 – The Université du Québec à Montréal (UQAM) has innovated once more by creating a centre for political analysis that is the first of its kind in the country. In light of the growing interest in the work of Québec researchers in the field of federalism and constitutionalism, the Centre d’analyse politique : Constitution et Fédéralisme (CAP‑CF), headed by political science professor Alain G. Gagnon, will provide a structure to disseminate their research more widely at the Canadian level and to support a genuine dialogue between researchers in Québec and elsewhere in Canada. Researchers from four Canadian universities and think tanks, namely the University of Moncton in New Brunswick, the Mowat Centre in Ontario, the Chaire de recherche sur la francophonie et les politiques publiques at the University of Ottawa and the Centre for Constitutional Studies at the University of Alberta, are already associated with the new centre.

One of the objectives of the Centre will be to position Québec more effectively in international research networks which study issues related to constitutionalism and federalism. Once it is operational, the Centre will have the privilege of belonging to the renowned International Association of Centers for Federal Studies (IACFS).

The mission of the Centre will be to stimulate research on constitutional policies and federalism, to facilitate discussions both within the academic community, including students, and with civil society at large, to promote dialogue on the recognition of various national groups, and to increase knowledge and understanding of these key issues in Canada and in other federations around the world. The creation of this new centre at UQAM underlines the university's key position in the field of Québec and Canadian studies, and reaffirms the value of the Québec approach to university-level research on federalism in Canada.

One of the main strengths of the new centre lies in its interdisciplinary approach, since it brings together researchers from the fields of economics, law, political science and history. This undeniable asset will allow the Centre to provide a new impetus to constitutional and federal studies in five main research areas.

The creation of this first centre dedicated to the study of constitutionalism and federalism follows the work of the Canada Research Chair in Québec and Canadian Studies, set up at UQAM in 2003, which is entering its third seven-year term (2017-2024).

The Secrétariat du Québec aux relations canadiennes will provide financial support for the Centre's activities through a $100,000 grant for the year 2018-2019, awarded under the Research Support Program on Intergovernmental Affairs and Québec Identity.

"The new Centre d’analyse politique : Constitution et Fédéralisme has been created at a time when many countries, including Canada, are facing a number of significant public policy challenges. The constitutional silence that characterizes the Canadian federation is not helpful for the establishment of a fair democracy. It is important today to mobilize researchers at all levels of society."

Alain-G. Gagnon, Professor in the Political Science Department at UQAM and Director of the CAP-CF

"The Government of Québec is very pleased to be able to contribute to the dissemination of the Québec viewpoint in current thinking and research on federalism. The CAP-CF, which will rely on a partnership between researchers in Québec and elsewhere in Canada to drive a dynamic new approach to the study of constitutionalism and federalism, responds directly to the call for dialogue issued in the Policy on Québec Affirmation and Canadian Relations. It will also promote networking and the development of inter-university exchanges between Canadian students. The CAP-CF will work to build bridges between Francophone and Anglophone academic communities in Canada, and in so doing will play a part in bringing together different visions of Canada and in fostering a mutual understanding of these visions, including the plurinational vision embraced by the Government of Québec."

Area 1: Cooperative Federalism, Asymmetry and Solidarity, under the responsibility of Hugo Cyr, Dean, Faculty of Political Science and Law, UQAM

This research area covers the legal and political issues associated with the various forms and degrees of autonomy enjoyed by federated states as compared with the power exercised by the central government and by fellow members of the federation. The topics of study include governance and the recognition of political identities, the role of institutions, the powers of federated states and the protection afforded to them from central governments.

Area 2: Energy and the Environment, Under the Responsibility of Maya Jegen, Vice-Dean for Research, Faculty of Political Science and Law, UQAM

Federal systems face specific challenges in terms of the environment and energy policies as they attempt to achieve coherent and cohesive actions to deal with climate change and the protection of biodiversity within the areas of jurisdiction assigned to federated entities.

In this research area, the CAP-CF will examine the way in which the economic and fiscal policies pursued by central and federated states can be coordinated, taking into account the needs and specific characteristics of particular geographic areas.

In this research area, the Centre will study the relationships, interactions and institutional dynamics between Aboriginal groups, peoples and institutions, on the one hand, and states and international authorities, on the other. Legal traditions and Aboriginal political systems will receive particular attention, along with the renewal of existing relationships and the suppression of colonialism.

Area 5: Political and Constitutional History, Under the Responsibility of Stéphane Savard, Professor, Department of History, Faculty of Social Sciences, UQAM

Researchers working in this area will analyze the constitutional issues which have arisen since the birth of the Canadian federation in addition to the values and the symbolic and identity-based representations which are associated with its establishment. The research program will include conflict management and the emergence of consensus, as well as societal transformation and the challenges raised by diversity and immigration. 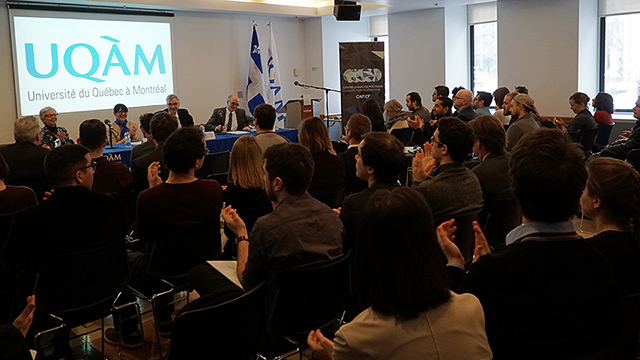 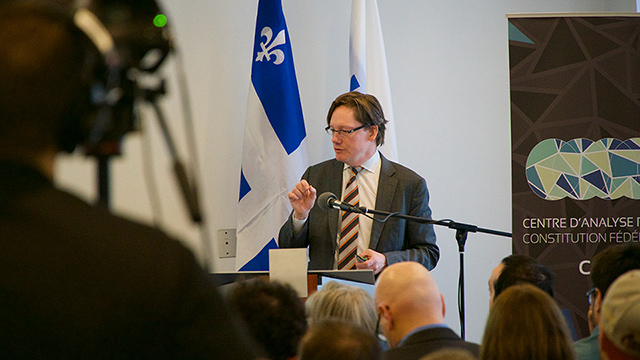 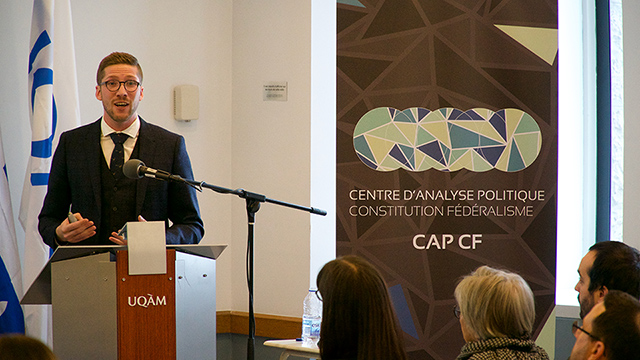 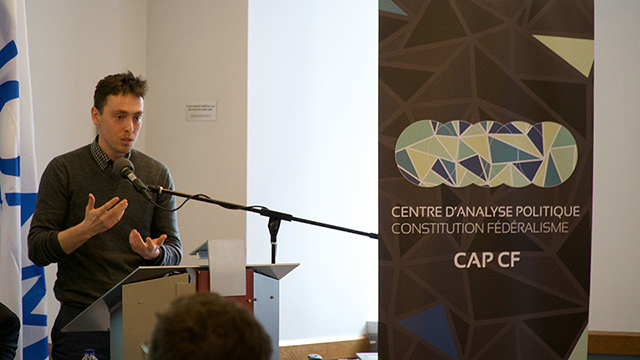 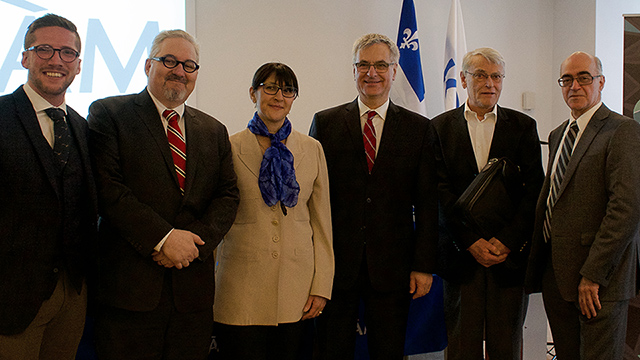 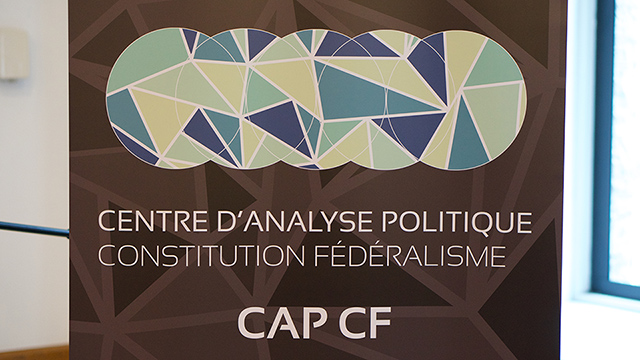 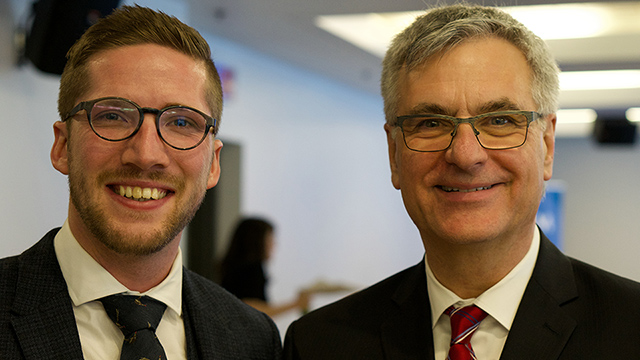 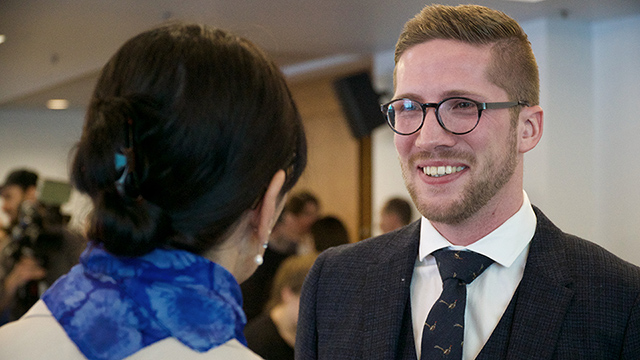 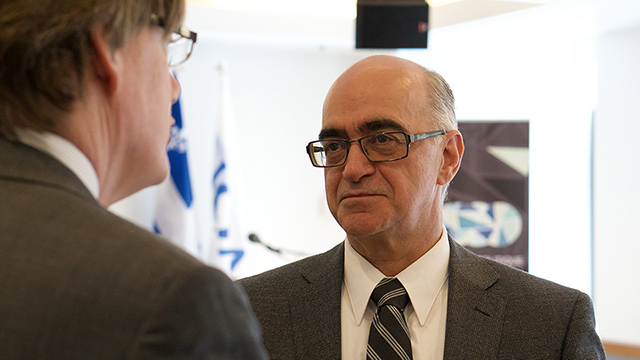